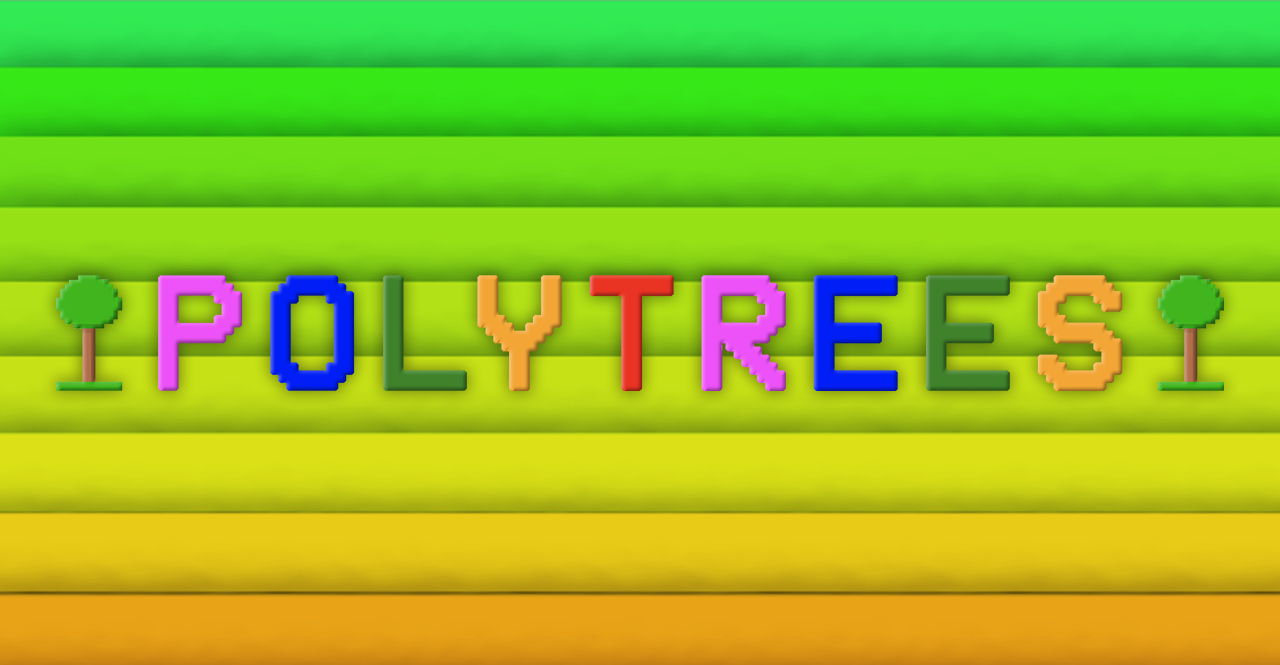 Polytrees are generative voxel trees that grow eternally on the Polygon network, reflecting data feeds. Owners capture the momentum during each nourish iteration.

We believe pure digital art should be driven by code. Behind each algorithm, there’s a Creator. But in order to run the code, an actor is needed. We believe art is a dialogue and algorithmic art should elevate the participant from spectator to actor. And art that is stored on-chain allows us to build eternal and evolving experiences. NFT > JPEG.

The life of a tree begins with a seed, it contains information since day one. Similarly, each Polytree is starting with the first transaction which generates the seed in the form of NFT. During the token creation, smart-contract is using Chainlink VRF in order to create a provably unique 256-bit genome. Metadata of this token also includes seed creator wallet address, iteration number, price of the $MATIC captured at the moment of transaction and provided by Chainlink Oracles.

Users are able to nourish trees and during each transaction, NFT metadata is being updated with the current data state and iteration number is increased. Back-end transforms this data into tree phenotype encoded into SEED. The phenotype includes condition parameters of roots, barrel, branches, leaf, and many others. The script is generating a 3D model by using the pseudorandomness initialized from the SEED. Our algorithm is using recursion to transform 3D vectors for barrel and branches formation. Perlin noise is used to create an organic leaf/grass diffusion and color interpolation. This model is being sent to our voxel engine to render the image using raytracing rechnology.

Tree start with 0 iteration number. It contains only 1 branch (trunk). At each iteration step, trunk is getting thicker and several branches are added to trunk and another branches. The algorithm tries to keep branch structure for all iterations so that tree growth process is natural. Max iteration count is 10.

Follow our twitter and don’t forget to vote for us if you like our concept. The best time to plant a tree was 20 years ago. The second best time is now.